The River Colne fishery, which extends for over one mile, lies towards the very bottom of the Colne catchment, the lower limit of the fishery being Staines Moor.

Access to the fishery is via a locked gate from Hithermoor Road, Stanwell Moor post code TW19 6AT. Parking is available inside the gated area.

For the majority of the length of the fishery the river flows relatively quickly over a gravel bed and has varied in river and bank side vegetation.

The fishery is physically divided into two sections by a small weir although many consider the footbridge providing access to the lower part of the fishery from the car parking area as the divider between the upper and lower sections.

Until very recently the upper section of the fishery had proved the most productive for barbel and chub although this has not always been the case. This section has produced a number of double figure barbel during the 2013 /14 season with the largest just under 13lb. This section has also produced a number of good chub in the 6lb plus class, plus roach to over 2lb and some quality dace.The 2014/2015 Season sore the fish size and numbers increase with catches being reported of Chud to 7lb and Barbel to 14lb Plus . Lots of silver fish being caught in numbers and the occasional Carp appearing.The 2015/2016 season has been the best of all with reports of catches from barbel to 14lb 6oz , Roach to 2lb and Chub to over 7lb and various reports of catches of dace , Rudd , Bleak ,and Eels. This section just gets better each year with the 2016/17 season producing more double figure barbel then ever before and Chub to 7lb 1oz. The 2017/18 season has been very productive with Barbel over 14lb , chub over 7lb and big bags of silvers reported.

The lower section was less productive in the 2013/14 season until the last few weeks of the season but having said that it had produced some remarkably good fish for a small river, several barbel to over 12lb and an amazing chub of 9lb 1oz, a genuine fish of a lifetime. March 2014 saw a 17lb 6oz mirror carp and a 14lb 6oz barbel landed. The stretch also produces bream to 8lbs, perch to over 2lbs and the best roach of 2013 at 2lb 7oz. There are also shoals of smaller roach and dace which when found can provide good sport for the pleasure angler. The 2014/2015 season saw much of the same with Barbel to over 14lb, Chub to over 7lb ,Bream showing again and Carp coming out in the copse.The 2015/2016 season we saw a Barbel of 15lb 2oz , Chub over 7lb again , Lots of silver fish with roach to 2lb and over Dace , Bleak ,Rudd ,Bream,The occasional Pike and Carp to mid doubles in the copse area. The 2016/17 season was a repeat the season before with the carp in the copse to 20lb and barbel and chub to 15lb and 7lb. The 2017/18 season has been the best season to date with barbel to 15lb 6oz,carp to 21lb and chub over 7lb. Silvers caught in large numbers with some very nice specimens reported.

A roving stealthy approach can be of benefit for both the upper and lower sections.

If you are fishing the top section and you fancy a change to stillwater angling you only need to move a few yards to be on the banks of the Flood Relief Lake. 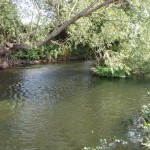 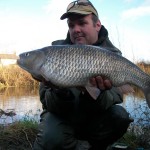 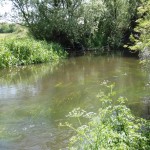 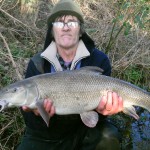 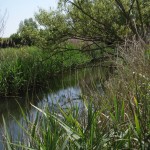 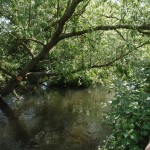 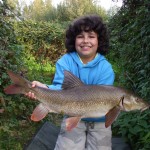 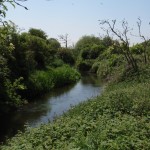 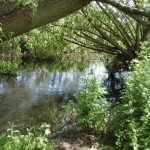 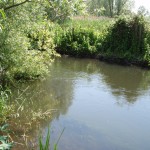 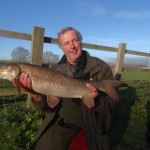 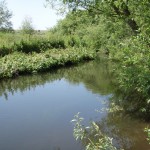 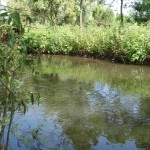 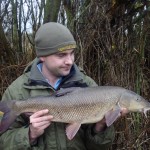 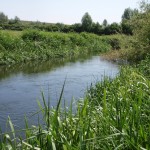 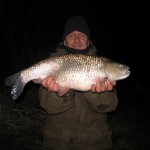 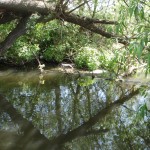 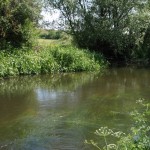 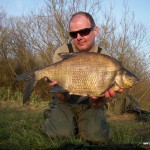 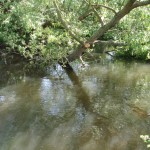 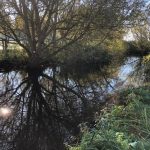 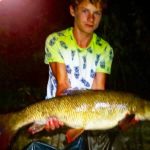 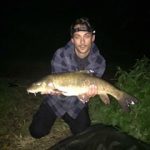 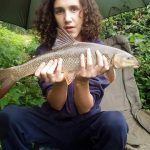 Directions
Take the M4 west to Junction 4B and turn left (anticlockwise) onto the M25. Within quarter of a mile you will reach Junction 14 sign posted A3113 Heathrow, Terminals 4, 5 and Cargo. At the fork to Terminal 5 keep right and carry on until you reach the roundabout. At the Junction 14 roundabout take the second exit on to Horton Road signposted to Stanwell Moor. Follow the road until you reach the Anchor Pub and turn right. Follow the road for approximately 400 metres, until you reach a grey gate on your right hand side next to the junction of Hithermoor Road and Farm Way, this is the entrance to the fishery. You will need the combination for the lock to open the gate.

Parking
Once inside the fishery,close and lock the gate behind you and then follow the concrete road until you reach the grey metal fence over the flood relief channel, no parking for other than disabled anglers is allowed past this point. Hithermoor lake will be on your right hand side. The River Colne fishery extends both up and downstream from this point. Access to the downstream section of the fishery is through the green metal gate in front of you which is fitted with a club combination lock. Disabled anglers may park behind their swims between the green gate to the lower fishery and the next foot bridge upstream.